MOEWN is an experimental rock trio from Hamburg, Germany and was  formed in June 2013. The band name is the German word for "Seagull" and  they could not have chosen the name better! Based on instrumental jams with atmospheric delay guitars, fuzzy basslines and puristic drums, MOEWN creates an ambient soundscape somewhere between post- and progressiv rock which we like to call oceanic rock.

Accompanied by visuals MOEWN played their first shows in late 2014 with bands such as Bone Man, Burnpilot, Känguin, Galvano and Belzebong. Be prepared for their first album „ACQUA ALTA“, a vortex of sounds, which will be released in autumn 2015 by PINK TANK RECORDS. 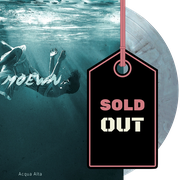